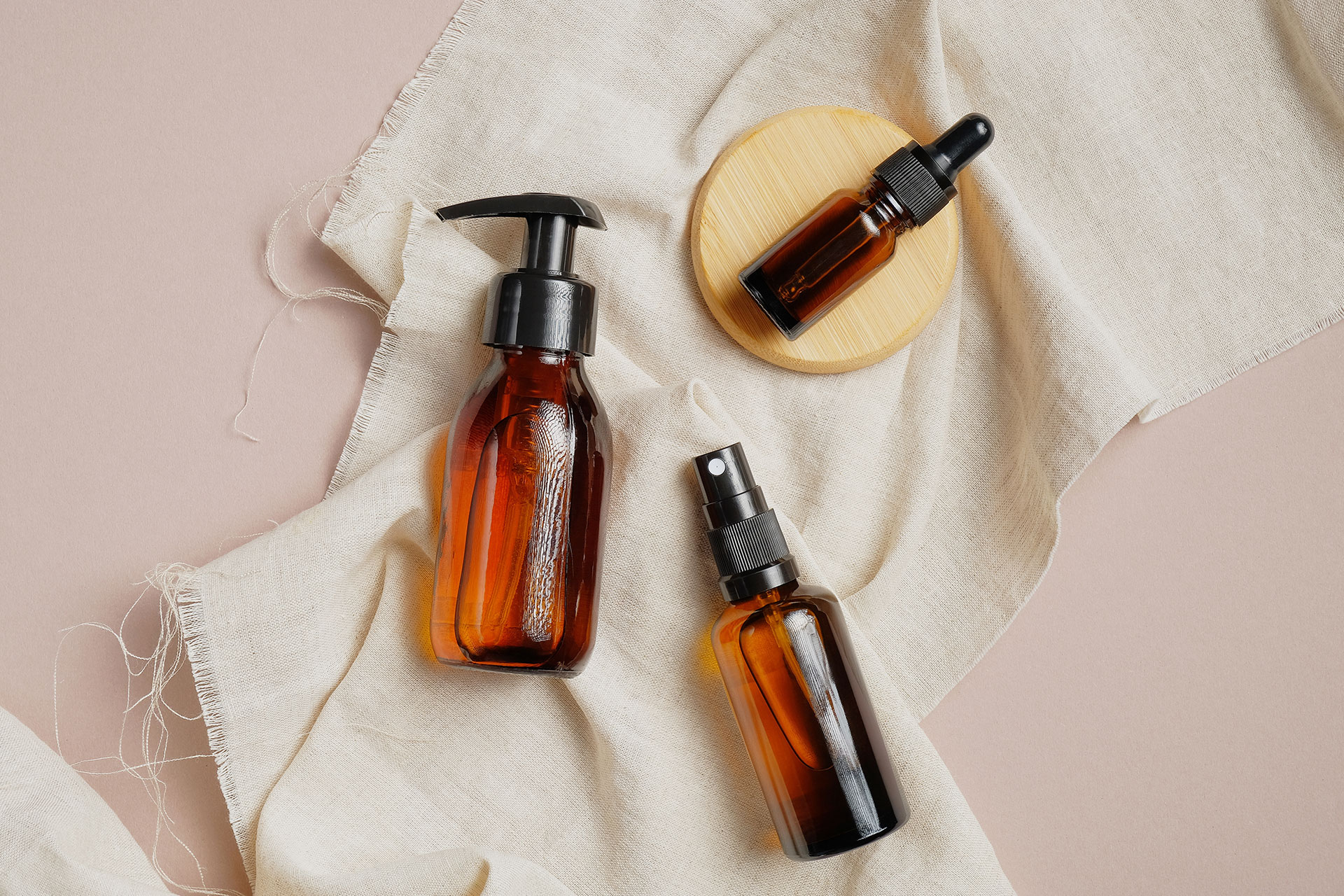 Hemp oil is extracted from the seeds of the hemp plant and is one of the healthiest edible oils available. It consists of an unbeatable 90% of unsaturated fatty acids and also has an optimal ratio between omega-6 and omega-3 fatty acids (3:1 to 4:1). This fatty acid pattern almost corresponds to that of human skin, which makes the oil particularly interesting for the treatment of skin diseases. In this article we highlight the potential of hemp oil in the treatment of neurodermatitis.

Neurodermatitis, also called "atopic dermatitis" or "atopic eczema", is an inflammatory skin disease. In people with neurodermatitis, the protective function of the skin is impaired. As a result, germs, allergens or other skin-irritating substances can penetrate it more easily and lead to inflammation. The disease usually occurs in episodes and those affected suffer from itchy, scaly and reddened patches on their body. For many neurodermatitis patients, the disease begins in infancy or childhood. In Germany, neurodermatitis is the most common chronic disease in children. The itching is often particularly bad at night.

A clear cause for neurodermatitis has not yet been researched. However, it is certain that the disease is genetically inherited and that the immune system of neurodermatitis patients reacts more strongly to environmental influences that are actually harmless. For example, the disease can be triggered by certain foods, pollen, animal hair or stress.

Researchers also assume that neurodermatitis is a disorder of the fat balance, which is associated with a lack of unsaturated fatty acids. Unsaturated fatty acids normally regulate water loss through the skin. If there is a lack of these, the sebaceous and sweat glands no longer work properly, which means that the skin can no longer store moisture. As a result, it becomes dry and cracked.

Why hemp oil can have a positive effect on neurodermatitis

Due to its richness in essential fatty acids, hemp oil can help to balance the fatty acid imbalance in neurodermatitis patients. Especially the "linolenic acid" (omega-6 fatty acid) contained in hemp oil is important for our skin. It moisturises and has an anti-inflammatory, regenerating and balancing effect. In addition, it is involved in building up the top layer of skin and thus ensures that the skin barrier is maintained.

Since the fatty acid pattern of hemp oil is very similar to that of human skin, the nutrients it contains can also be absorbed particularly well by the skin. Thus, hemp oil is absorbed deep into the pores immediately after application and has a cleansing and detoxifying effect.

A permanent treatment with hemp oil can thus significantly improve the skin's appearance. The skin can store moisture again and once more serve as a protective layer for the body. This can also reduce the itchy spots and sometimes even make them disappear completely. Conventional medicines (such as cortisone) often have strong side effects and additionally weaken the skin. Hemp oil can be a herbal, natural alternative here. It is a pure plant oil without any side effects that is gentle on the skin and can soothe it.

For optimal effect, hemp oil should be used both internally and externally. For internal use, one tablespoon of pure hemp oil can be taken in the morning and in the evening. Hemp oil also looks great in salads or smoothies.

For external use, the oil can be applied directly to the skin. Those who do not like the oily feeling on the skin can also enrich a cream with a few drops of hemp oil and apply it. Another possibility are baths in which hemp oil is mixed.

It is important that the application takes place over a longer period of time so that the fatty acids can accumulate in the body in the long term and thus improve the skin's appearance.

This website uses cookies to improve your experience while you navigate through the website. Out of these, the cookies that are categorized as necessary are stored on your browser as they are essential for the working of basic functionalities of the website. We also use third-party cookies that help us analyze and understand how you use this website. These cookies will be stored in your browser only with your consent. You also have the option to opt-out of these cookies. But opting out of some of these cookies may affect your browsing experience.
Necessary immer aktiv
Necessary cookies are absolutely essential for the website to function properly. This category only includes cookies that ensures basic functionalities and security features of the website. These cookies do not store any personal information.
Non-necessary
Any cookies that may not be particularly necessary for the website to function and is used specifically to collect user personal data via analytics, ads, other embedded contents are termed as non-necessary cookies. It is mandatory to procure user consent prior to running these cookies on your website.
SPEICHERN UND AKZEPTIEREN
View Cart Checkout Continue Shopping